Our Product Range Has Been Expanded

CONTI-V FO PIONEER second-generation narrow V-belts are now available also in length ranges from 3,000 mm to 5,000 mm. These are currently the most powerful V-belts on the market. 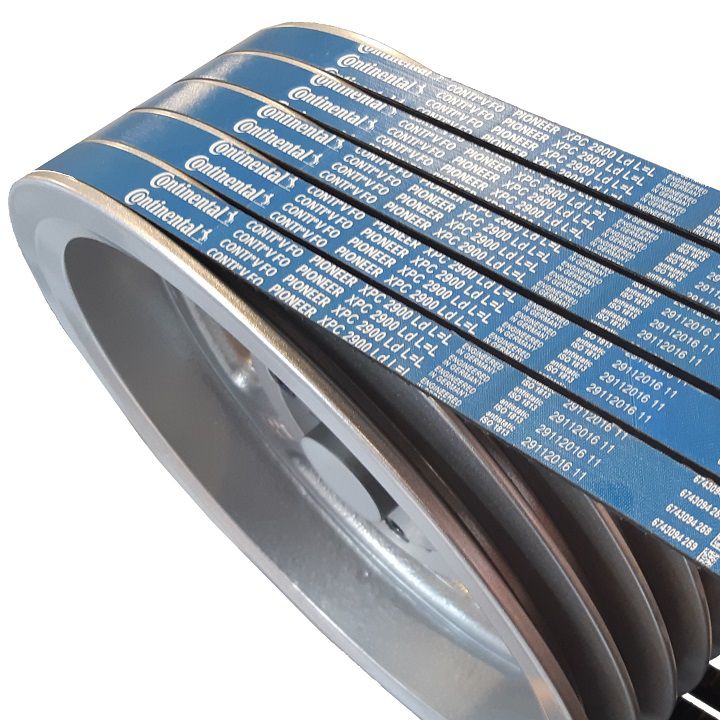 The belts are made of EPDM rubber and are designed for the most demanding applications, highest performance, speed and temperatures up to 130 °C. They are now also available in a length range from 3,000 mm to 5,000 mm.

Thanks to the new composition of the EPDM compound, these belts are also the first V-belts with a reduced content of polycyclic aromatic hydrocarbons (PAHs). That meets the requirements of health and environmental protection.

Special tension member compensate the loss of preload by the effect of temperature during operation. These belts are referred to as maintenance-free belts in many applications.

When replacing the existing classic V-belts with ContiTech PIONEER belts, there is a significant energy saving, see our project of energy-saving belts.

We have most sizes in stock for immediate distribution.

Select and order a belt   or   Contact a dealer.

They are typically used in compressors, blowers, machine tools, the paper and chemical industries, and many other machines and equipment.


Go to Our Eshop